Ahead, Together: Corporate Philanthropy and the Arts 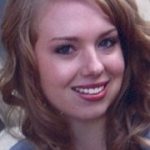 June 19, 2013–The powerful impact the arts can have on social change and business objectives was showcased for corporate giving officers from around the country last week thanks to a deepening partnership between Americans for the Arts and CECP. Held in New York City, the annual CECP Summit brought together over 250 of the senior-most giving officers from 130 of the world’s largest companies to hear exciting new research, discuss successes and challenges, and gain fresh perspectives and insights on how they can better impact workplaces, communities, and society while also advancing business.

With similar interests in data and research, and a shared belief that the arts can not only raise the quality of life, but also advance corporate strategies, CECP, with the help of Americans for the Arts, infused the annual summit for the second year with memorable arts performances, which I heard brought up in conversation again and again by summit attendees. This year, music, theatre, dance, and film provided an artistic beat to the summit, providing great examples of how art can be used to solve problems across sectors and industries.

Ahead, Together, this year’s conference theme, was a perfect metaphor for how the arts can advance society, build community, and drive economies. President and CEO ofAmericans for the Arts Robert L. Lynch spoke to this idea at the opening reception when he said, “Business and arts partnerships show the powerful intersection among creativity, economic success, and community health,” a statement well-supported by the fact that 26 previous honorees of the BCA 10: Best Businesses Partnering with the Arts in America were represented at the conference.

Aetna’s corporate jazz band, which provided the entertainment of the night at the opening reception, was the first example of how the arts can be used to inspire creativity in employees, add value to communities, and recruit new workforce. Comprised of five self-proclaimed “I.T. guys,” the jazz band played with the confidence and charisma of a well-seasoned professional ensemble as guests listened and mingled.

Christopher A. Montross, managing director of corporate public involvement at the Aetna Foundation, suggested all businesses ask their employees what they are passionate about and how they want to share those passions with the community. For Aetna employees, the healing powers of music led them to form a wind ensemble as an outlet to express their feelings after the tragedy of 911. Twelve years later, the company now has active participation in their corporate wind ensemble, jazz band, and gospel choir.
Next, established NYC dance company Battery Dance presented the prolific work it is achieving through the use of modern dance as a change agent. “The quest has taken us to 60 countries on 6 continents with interactive cultural diplomacy programs in partnership with U.S. Embassies, and often, American corporations,” said Emad Salem, deputy director for international programs at Battery Dance. “We put the tools of choreography into the hands of young people and leave behind stepping stones for creative pursuits as well as increased self-confidence, team-work skills, and leadership skills.”

On the final day of the conference, actor, playwright, and teaching artist Nilaja Sunperformed an excerpt from her Obie Award winning solo piece “No Child…,” which depicted her experiences as a teaching artist in public schools in the South Bronx. Fully captivated, the audience not only stopped looking at their phones, but also produced several audible gasps of awe as Sun seamlessly weaved between multiple characters during her performance.

Between scenes, Sun broke character to emotionally describe the transformational quality of the arts. “The arts are the only subjects that teach our kids how to be human; they teach empathy, basic communication so lacking in our digital age, and stick-to-itiveness.” Her speech and performance were received with a standing ovation and several sets of misty eyes in the crowd, mine included.

Businesses and arts organizations large and small need to take note of the opportunities and impact mutually beneficial partnerships can create. As said by Robert L. Lynch, “Some ideas, tough realities, and new ways of thinking are best captured through artists’ medium.” So for the sake of progress, access, and better business, let’s move ahead, together.