CreateNYC: A Look at How NYC’s Cultural Roadmap Makes a Case for the Social Value of the Arts 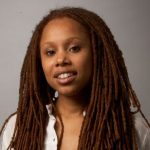 In July, the City of New York released CreateNYC: A Cultural Plan for All New Yorkers, a first-of-its-kind comprehensive plan to establish New York City’s cultural roadmap for the next decade.  The plan sets forth objectives and strategies for achieving a more inclusive, equitable, and resilient cultural ecosystem. It examines a number of issue areas including diversity, equity and inclusion, education, affordability, and health of the cultural sector that are essential to a vibrant, creative city. Following recommendations in each of the issue areas, CreateNYC also lays out a number of immediate actions including a targeted increase in City support for arts and culture in low-income communities.

Led by the NYC Department of Cultural Affairs, the CreateNYC cultural planning process began with an intensive research, discovery, and data collection phase that laid a foundation for the work to come. We harnessed the voices of nearly 200,000 New Yorkers in a robust community engagement process to inform CreateNYC.  In addition to hundreds of public meetings and months of digital engagement, these efforts included a Siena College Research Institute public opinion phone poll of NYC residents, which revealed that an eye-popping 97% of respondents agree that arts and culture are important to quality of life.  The poll also uncovered barriers to cultural participation such as transportation and cost.

CreateNYC also leveraged results of ground-breaking research by University of Pennsylvania’s Social Impact of the Arts Project (SIAP) – “Culture and Social Wellbeing in New York City.” The researchers spent two years working with the City’s municipal agencies and cultural community to analyze data on the presence of cultural resources in low-income communities – nonprofit organizations, for-profit businesses (such as live music clubs and recording studios), artists, and cultural participants (residents who engage with cultural events) – and how these correlate with social well-being.

When we shared the SIAP findings with our fellow City agencies – particularly those that work in health, education, and safety – we were pleased to discover colleagues were highly engaged, and the study findings were met with overwhelmingly positive response.  Agencies such as the New York Department for the Aging, the Department of Probation, and the Department of Health and Mental Hygiene were keen to hear that cultural resources are correlated with improved health, safety, and education.  After all, these findings point us toward an opportunity in the prevention of poor health, the mitigation of high crime, and improvement of educational outcomes.  Investments in cultural resources not only provide an innovative path to social change, but also have the benefit of being low-stigma and relatively attractive to participants – all things that our local government values in its services to constituents.

Since releasing CreateNYC in July, we’ve launched a number of new programs and initiatives that build on the recommendations in the plan.  For example:

We’ve also been delighted to partner with philanthropic colleagues in the private sector and look forward to more collaborative efforts ahead.

Arts and culture provide immeasurable value to us as individuals, as communities, and as a society as a whole.  The findings of the SIAP study and the CreateNYC cultural plan lay the foundation for increased equitable investment in arts and culture, not only for arts funders, but for all who seek positive change.