An Unprecedent Study on French People’s Opinion on Philanthropy 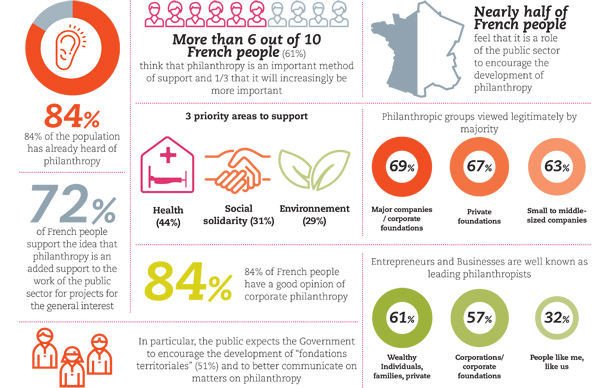 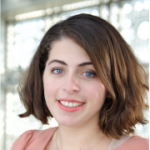 On October 2017, Admical, a Paris-based NGO and the French Local Authority of the Global Exchange, published a first-of-its-kind study in partnership with the institute of studies Kantar Public, which aimed to understand French people’s opinion on philanthropy.

Built on a two-phase methodology, the qualitative phase was composed of two focus groups, and, through the quantitative phase, a questionnaire was administrated to a sample of 1,006 people. The research had three objectives:

Finding #1: Philanthropy appears to be well appreciated and very useful

More than 8 out of 10 French people know the word « mécénat » (philanthropy). Sixty-one percent of respondents consider it an important tool for funding societal projects, and 1/3 of French citizens think that it will become more important in the future.

People also assigned very positive values to philanthropy, such as commitment, sharing, innovation, passion, dynamism, ethics, and authenticity. For French people, philanthropy represents a real opportunity to create social relationships and welfare, and to give a better image of the country.

Finding #2: People trust philanthropists and consider them as legitimate

Perception of philanthropists, companies and individuals, is very positive. Indeed, 84% of French people have a good opinion of companies involved in philanthropy, and their legitimacy to support the general interest is well recognized. Furthermore, in contrast to the public institutions which suffer from distrust, the private sector is considered as the most important actor to defend and support the common good.

Finding #3: Perceptions of Philanthropy in France

However, 72% of the population agrees on the idea that philanthropy is an additional resource to public action. Nearly half of them also think that the State should support the development of philanthropy.
And finally, according to survey respondents, the main areas philanthropy should be focused on are health (44%), social solidarity (31%) and environment (29%).