CEOs Have an Opportunity to do More than “Speak Out” 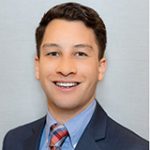 “As CECP and the world strives to do more to listen and act in service of a more equitable society, we will continue to share thought leadership in this area. This blog from CECP’s David Yee captures examples from CEOs, shares insights from CECP’s recent work, and serves as an inspiration for leaders, in the words of CECP Founder Paul Newman, to ‘do more.’ We are heartened to see CECP CEOs, such as Mauricio Gutiérrez, President & CEO, NRG, step up and speak out.

Over the years, it has become increasingly common for CEOs to speak out publicly on social issues including and now, more than ever, that’s just what the public is demanding. According to the 2020 Edelman Trust Barometer, 92% of respondents agree it is important for their CEO to speak out on issues including training for jobs of the future, income inequality, diversity, equity, and inclusion and climate change, among others. Brands, and their CEOs, are uniquely positioned to build trust with customers through addressing social issues, ultimately allowing customers to support causes through their buying power.

PayPal canceled their plans to operate in North Carolina in 2016 after the state passed a law that was largely seen as an attack on LGBTQIA+ rights. Dan Schulman, Chairman, President, and CEO, PayPal stated that the law violated the company’s values and principles. Discriminating against the LGBTQIA+ community contradicted their belief that every person has the right to participate fully in the global economy.

In response to the school shooting in 2018 at Marjory Stoneman Douglas High School in Parkland, Florida, Ed Stack, Chairman and CEO, DICK’S Sporting Goods announced the company would stop selling firearms to people under 21 and would no longer sell semiautomatic rifles. He became a vocal advocate for this decision by writing op-eds and making numerous speaking appearances.

At CECP’s 2019 annual CEO convening, Board of Boards, 53% of executives cited employee diversity and inclusion as one of three top business challenges relevant to their company. This past February, 80% of CEOs reported it as a top business challenge, the leading response to the question. Through one of its Accelerate Communities, CECP last year took companies on a collective deep dive to strategically align on diversity, equity, and inclusion, helping companies determine how to apply an equity lens to its investments in society. CECP has partnered with CEO Action for Diversity & Inclusion to share its commitments and learn with others how to do more.

With diversity, equity, and inclusion being top of mind for executives, and stakeholders increasingly calling for CEOs to speak out on key issues, it’s no surprise to see messages from companies and their leadership addressing the heinous, racist acts that persist in our country. CEOs of PayPal and DICK’S Sporting Goods both referred to their corporate values when making their decisions to speak out. The wave of advocacy condemning racism can be attributed to years of progress on diversity, equity, and inclusion, stakeholder demand for company leadership to be vocal, assumed moral obligation, and corporate purpose—with much work left to be done.

Here are statements made by CEOs that provide perspective on recent racist acts, calls to action, and response plans:

Ken Frazier, Chairman and CEO, Merck in an interview with CNBC said, “… Businesses have to use every instrument at their disposal to reduce barriers that exist.”

Jide Zeitlin, Chairman and CEO, Tapestry wrote on LinkedIn to his colleagues recalling his personal experiences and addressed steps being taken as a company, “We are working through a plan that we look forward to sharing with you. We want to convene a number of social justice, legal, and corporate entities to formulate a longer-term plan from addressing systemic inequality.”

Roger Ferguson, President and CEO, TIAA introduced a new program in a letter to clients, “To do our part to promote healing and inclusion during this troubled time, we are launching our Be The Change program to uplift our workforce and our communities through dialogue, education, and engagement. We hope our program will help to make a difference in creating the kind of change we all want to see.”

Marvin Ellison, President and CEO, Lowe’s shared a message to his company on Twitter that included, “At Lowe’s, we are committed to helping people make their homes better, and today, we recognize that our homes extend beyond our walls, and into our neighborhoods, communities and country. We take this corporate responsibility seriously and as we’ve seen through the incredible workers on the frontlines of the coronavirus pandemic, we can meet and overcome tragedy, but only by coming together.”

These are only a few examples of how CEOs are speaking out on racial injustices and inequity. These statements were made by the only black CEOs currently in the Fortune 500.

It’s evident that in order to create sustainable change, social and governmental systems need to be upended and reformed to rebalance the inequalities that currently exist. Business has a major role to play in creating that change. Companies have committed millions of dollars to a range of organizations (e.g., NAACP), racial justice and police equity causes, and recently-affected communities such as Minneapolis. Additionally, companies are looking inward. Employees are being empowered to share their personal experiences and amplify the voices of their peers that have been suppressed. Committees and advisory boards serving to continue the dialogue, develop best practices, and catalyze change are in formation.

At one of CECP’s recent virtual CEO Roundtables, an executive mentioned the many inequalities that exist in society being exacerbated by the Covid-19 pandemic. Another CEO spoke about the rapid decline of trust in businesses. Companies have arrived at a turning point. They have the opportunity to regain the trust of stakeholders by taking the lead, and not waiting for government action, to address inequity in society. Advocacy from leadership is a start, but tangible strategies will propel companies forward. CECP is undertaking a listening tour to gather the actions steps needed and share them widely to encourage meaningful actions today and over the long term. How is your company acting?