Charity, Prosperity, and the Industrial Complex 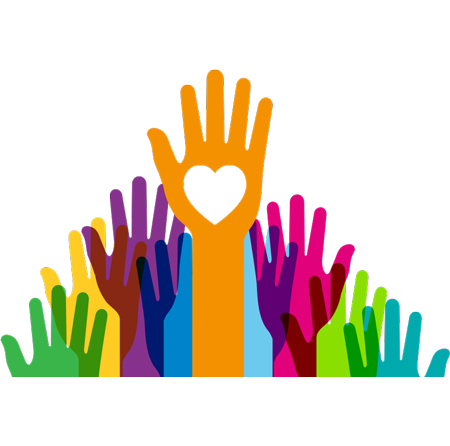 August 16, 2013–Peter Buffett’s New York Times Op-Ed piece “The Charitable-Industrial Complex” reads like the diary of an early explorer, a mix of insightful and simplistic observations of the new world he’s been thrust into as co-Chair of the NoVo Foundation: the wild territory at the intersection of money, politics, and highly-complex societal problems.

For me, focusing on his closing wish for greater humanism is his most valuable provocation: he calls for “a functioning society that truly creates greater prosperity for all,” appropriately noting that prosperity should not be confused with the blind accumulation of material goods.

In finishing his piece, Buffett admits that he doesn’t have the roadmap to lead us from our current world to the ideal he hopes for, and I can’t fault him — the distance indeed seems daunting.

However — and this may come as a surprise to many people participating in the dialogue Buffett has inspired — the good news is that CEOs of large multi-national companies are working on a version of Buffett’s challenge. In other words: the very individuals heading up “the industrial complex” assumed by many to be ‘the bad guys’ are, in their way, laser focused on creating greater prosperity for all.

Don’t mistake me. These CEOs are obsessive about bottom-line growth — which depends on consumerism. But they are awakening to benefits of replacing “quarterly capitalism” (which has led many companies to disregard their negative social and environmental externalities) with “long-term capitalism” (which takes greater responsibility for the effect the company has on the world). Increasingly, these CEOs are committing to sustainable, investor-friendly alternatives to a zero-sum version of capitalism. That doesn’t fully meet Peter Buffett’s goal, but I’d argue that it is meaningful progress.

Unilever’s CEO Paul Polman is an example of a CEO in this mold. He created and famously champions the company’s “Sustainable Living Plan.” In his words: “We need to build new business models that enable responsible, equitable growth that is decoupled from environmental impact.” The company is greening its operations, purchasing raw materials from certified renewable sources, and improving the lives of farmers in partnership with nonprofits such as the Rainforest Alliance. Indra Nooyi, PepsiCo’s Chairman and CEO, similarly proselytizes and is pushing forward an ambitious “Performance with Purpose” agenda.

These CEOs and others are positioning their massive firms for a future in which the company’s success is tied to the flourishing of environmental and human health — since they know that the math associated with degradation equally hurts people, the planet, and profit in the long-run. Leading companies intend to be in business in the very long-run, and typically operate in 50 or more countries already — making these issues material to them. In this way, forward-thinking CEOs are rising to Buffett’s call with new models and longer-range time horizons. Another Paul — Paul Newman — the actor and philanthropist that helped found CECP nearly 15 years ago, created our organization with this very same vision in mind.

Admittedly, some sustainability and shared value efforts are at an early-stage and many societal problems will never be appropriate for a commercial solution. Therefore a thriving philanthropic sector remains essential. Not only is charity the best tool for here-and-now crisis interventions, but philanthropy at its best can fund the experimentation that leads to new ideas to overcome the “crisis of imagination” to which Buffett has drawn so much attention. Philanthropy as risk capital is one of its most potent applications.

Large companies appreciate the power and potential of philanthropy, and the amounts they give can be sizable. Their philanthropic activity blends cash grants to nonprofit organizations with company-supported employee volunteering programs, pro bono service initiatives, product donations, and leveraging of corporate assets. Across the 240 companies in CECP’s survey on their 2012 philanthropy, charitable giving summed to over US$20 billion. I encourage those with an interest in how much, where, and how companies give to download our free Giving in Numbers report at CECP.co. The newest version comes online in September.

Yes, ultimately Polman wants to sell more Suave and Nooyi wants to sell more Doritos. The thinking goes: if their companies stop selling these products another company will fill the void because enough people think shampoo and chips make a good trade for their money. But, Buffett should be encouraged that leading executives are embracing a “new code” with their philanthropy and core business strategies, and leveraging their capital and reach to address a more holistic view of business systems. In fact, for these firms a focus on prosperity-building has become a competitive advantage.

As much as capitalism is at the heart of Buffett’s lament, we cannot dismiss the role of corporations in finding this “new code.” To do so is to turn away a viable partner with the scope and scale to help make progress against the tough problems that seem intractable to us today.