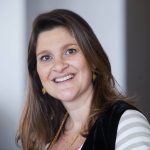 By Patricia Loyola Director of Management and Communications, Comunitas

Corporate social investment in Brazil has similarities and differences with practices in the United States. Comunitas has been leading a cross-sector collaboration called Juntos to bring together corporate and public sector actors to drive important changes in major cities in Brazil.

Also, for many years Comunitas, has tracked corporate social investments in Brazil. Our findings are published annually in the BISC (Benchmarking of Corporate Social Investment) report. We were pleased to share our most recent insights with the Global Exchange network during a recent network meeting.

Did you know that…?

These BISC findings represent just a portion of insights from their research on the latest from social investment in Brazil. To learn more, please visit our site: http://comunitas.org/.