Deep dive on Giving in Numbers: How business is supporting veterans 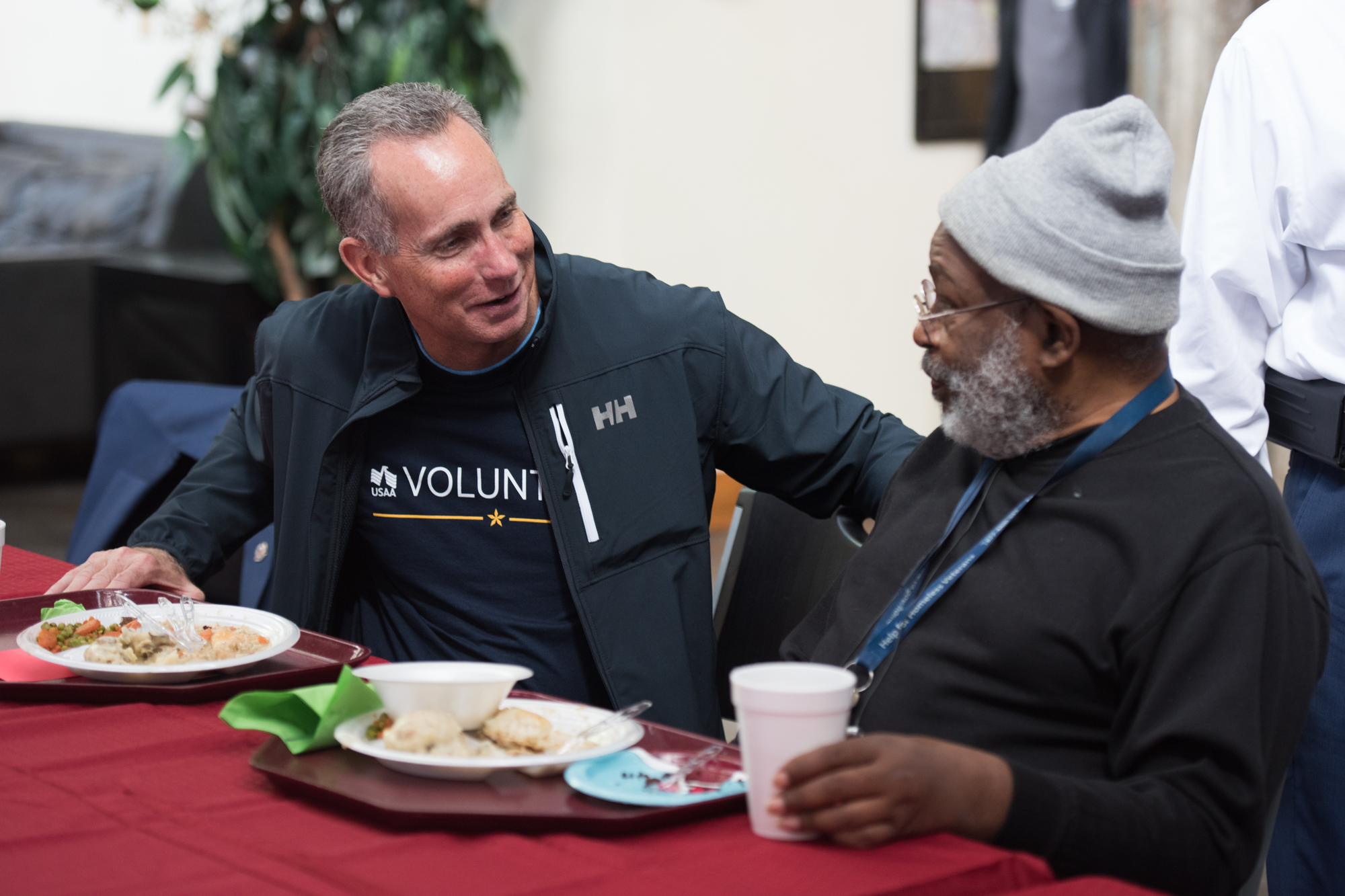 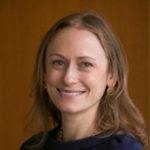 Photo: Stuart Parker, CEO of USAA, talks with a veteran at one of the homeless shelters that USAA supports

The U.S. Department of Labor in October celebrated the continued improvement of the unemployment rate for veterans since with a 2.9 percent, down from 3.7 percent in 2017 (the non-veteran unemployment rate in comparison is 3.5 percent). This accomplishment is in large part due to the efforts of leading companies and nonprofits that have broken down barriers to veteran employment such as translating job skills from military to civilian work roles and communicating the high-value veterans bring to the workplace.

In CECP’s Giving in Numbers: 2018 Edition, we highlight three companies—Comcast, Boeing, and USAA—that understand the competitive advantage veterans bring to the workplace and have created a pipeline to attract and retain these former service members. These companies also invest deeply in holistic support of active military personnel, veterans, and their families in recognition of their contributions to the strength of our communities.

USAA serves millions of military service members and their families with insurance, banking, and investment services —but their commitment to the military goes beyond their business. Nationally, USAA’s signature cause for corporate citizenship is military family resiliency. The company dedicates 60% of its philanthropic investment to military causes that include aiding military caregivers and families of the fallen, facilitating financial readiness for service members, and fostering fulfilling careers for veterans and military spouses. Furthermore, where USAA has a physical location and significant employee presence, USAA invests in causes that include education, natural disaster response, and support for families in need or facing homelessness.

USAA pledged $2.1 million in 2016 to support the Mayors Challenge to End Veteran Homelessness, part of a White House Joining Forces initiative. The initiative provided a path to permanent housing for 1,335 veterans, leading toward an effective end to veteran homelessness in San Antonio, Texas. This accomplishment was a major milestone; however, some veterans become newly homeless or remain at-risk.

Recognizing that the issue is ongoing, USAA contributed nearly $1.3 million more in 2017 to six local nonprofit organizations fighting homelessness in San Antonio. Two-thirds of these funds helped sustain the effective end of veteran homelessness, while the remaining one-third was earmarked to support the general homeless population. To further support homeless veterans, USAA employees and retirees raised more than $500,000 in 2017-18 at their annual Bowl-a-thon. Proceeds benefited the San Antonio Regional Alliance for the Homeless.

In addition to being a robust employer of veterans, Comcast also partners with nonprofit partners, such as nonprofit accelerator Bunker Labs, to support veteran entrepreneurs in the community. As the first corporate sponsor of Bunker Labs, Comcast has helped to support the Chicago-based nonprofit’s growth to 17 locations nationwide since 2014. Comcast’s support of Bunker Labs has allowed the organization to support entrepreneurs in a more comprehensive way—allowing military veteran John Doan, for instance, to start Mobility4All, his own door-to-door assisted rideshare service for seniors and people with disabilities.

Representing 15% of its workforce—about 20,000 employees—veterans are valued at Boeing for their hard-earned skills. Boeing’s focus is on easing the military-to-civilian transition process, which it accomplishes through offering training for the workforce transition, supporting recovery and rehabilitation programs that focus on post-traumatic stress and suicide prevention and levering employee volunteerism in veteran-specific communities. Its commitment to transition facilitation is embedded in company practice—such as the Military Skills Translator, an online tool to help match veterans’ military skills to current job opportunities at Boeing—but also extends outward to the community.

In October 2017, Boeing announced a $5 million, multi-year donation to help expand United Service Organizations (USO) Pathfinder, a national employment-readiness program for transitioning military service members. These funds will target the planned nationwide expansion to 25 support centers by 2020, at which USO “Scouts” work one-on-one with transitioning service members and their families. The Scouts help transitioning members identify personal and professional goals while connecting them to resources across areas of need: employment, education, financial readiness, veterans’ benefits, housing, and health and wellness.