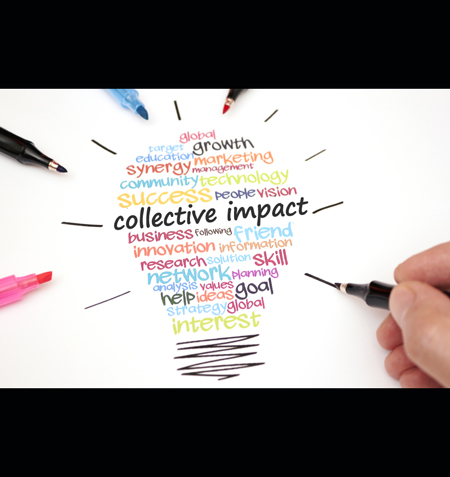 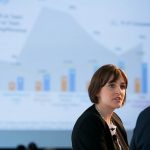 December 10, 2013–Imagine if your company had to double its giving. By next year.

Considering median total corporate giving in 2012 was one percent of pre-tax profit, the majority of companies are not so far from feeling this pressure if their governments enacted a law along these lines. While August 2013 was a quiet month in the U.S., nine and a half time zones away, the Indian corporate sector was abuzz when the 2013 Companies Act passed. It mandated companies allocate two percent of profits to Corporate Social Responsibility (CSR) if they are of a certain size (three thresholds are specified, one is revenue of above US$150 million or INR 10,000 million). Current expectations are the requirement will take effect in fiscal year 2014-2015.

Are Indian companies ready for this?

India’s new regulation is especially interesting to CECP considering India was the top ranking country in which the most companies gave internationally in 2012, shown in the just-released CECP report Giving Around the Globe. India’s placement in the top spot might indicate companies acted in anticipation of the Act’s passage. In fact, India has had official Voluntary CSR Guidelines since 2011.

While the final, official rules have not yet been published by the Ministry of Corporate Affairs, a draft version was released for comment. The draft rules hold the corporate Board of Directors responsible for plans, implementation, and monitoring. CECP supports the engagement of senior leadership for CSR efforts that create business and societal value. We will know more when the final rules are released as they will include concrete requirements for compliance.

Schedule VII of the regulation defines the types of activities contributing to the two percent requirement, such as eradicating extreme hunger and poverty, and employment enhancing vocational skills. In a contrast to giving in the United States, it allows giving to a government entity, the Prime Minister’s National Relief Fund. While this is currently the only government entity listed, there is the potential for additional, similar funds. CECP’s standards are aligned with much of Schedule VII, although there are additional important insights CECP could offer to define what to include and exclude, such as how volunteer time and pro bono service should (or shouldn’t) be counted.

Are there any concerns?

The two percent CSR regulation is both hailed by citizens and communities that believe new support will drive solutions to tough societal issues, and attacked by critics who are certain this boost to CSR will be a hindrance to India’s ability to compete globally. Others express concern that the option to give to the government via the Prime Minister Fund will discourage companies from fully applying their unique assets to solve societal challenges and create sustainable value. Detractors also worry it will encourage loopholes to get around the regulation and that government passed the regulation only to increase its revenue.

This skeptical perspective runs contrary to a finding from Cone which showed that Indian consumers lead the way globally in perception of companies as key drivers of positive impact, compared to consumers from other countries in the study. Indian citizens know that companies are an important part of the solution.

What are Indian business leaders saying?

At the National Summit on CSR organized by the Confederation of Indian Industry(CII) in September 2013, the Minister of State for Corporate Affairs, Sh. Sachin Pilot, stated that CSR is nothing new in India; the challenge currently faced is defining CSR. The question of “what counts” is all too familiar to CECP. Standards set by CECP are company-tested, international models that could support India’s specifications of what counts, as well as guide the companies’ implementation. CECP’s valuation guidance and Global Guide to What Counts offer established solutions to determine what’s in and what’s out.

Other corporate leaders at the Summit shared hopes and fears for the outcomes resulting from the law. Dr. Bhaskar Chatterjee, Director General and CEO, Indian Institute of Corporate Affairs (IICA) said, “The Act has been introduced to create a truly Indian model of CSR. It is the first truly national model ever created to leverage the strength of corporate genius into social domain and make the buck count.”

What about Indian companies that haven’t yet invested in CSR?

Indian companies that have not yet infused CSR into their business will now be rushing to implement the two percent CSR regulation, unless they opt for an added reporting burden or fines, as well as the potential ire of consumers ever-more responsive to companies’ CSR performance. Nielsen recently reported that Indian consumers are the most likely to spend more on products from socially responsibly companies, compared to consumers from other countries in the study. Although there may be a pay off with customers, Indian companies currently weak in CSR will grapple not only with how to allocate new CSR resources, but also with the burden of building internal corporate responsibility expertise. Fortunately, in addition to domestic resources, there are many international models to inform their strategy.

Using regulation to mandate corporate contributions is both a sign of the times and a relic of the past. CSR compliance will undoubtedly drive new resources, and hopefully innovation, in Indian CSR. However, CECP knows that leading companies are compelled to CSR contributions for reasons beyond compliance. Higher employee retention, increased loyalty to the brand, reduced reputation risks, and using philanthropy as R&D all create significant value for the firm. Long-term returns are far greater than the rupees, dollars, won, or euro invested in CSR today. Companies engaged in societal progress while driving business performance are truly a force for good.

Time will tell how effectively the two percent CSR regulation moves the needle on the deep societal challenges India faces and if the business acumen of the corporate sector, engaged at scale, can propel new and lasting solutions. CECP CEOs and Companies can speak from experience that both business and society stand to gain.

CECP CEOs and Companies interested in learning more about developments in India’s CSR regulation should reach out CECP at info@cecp.co for a collection of resources on the topic.