Giving Around the Globe is Out – and Meet the Global Exchange 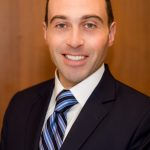 September 22, 2016–Giving Around the Globe’s latest edition is out! As in past years, the report offers insights on a myriad of issues affecting companies and their corporate societal engagement programs around the globe, including the private sector’s involvement towards achieving the Sustainable Development Goals (SDGs) in Africa, Asia, Latin America, and Europe. Read more about top issues from each region including:

Giving Around the Globe’s release is shared with CECP’s network of corporate executives when their global strategies are likely top of mind. The Clinton Global Initiative will have its last gathering and the General Assembly draws together the largest number of heads of state and multi-sector parties since the SDGs have started being implemented for the first time by all of the United Nations member countries in 2016.

Over 110 companies made this research a reality including those headquartered in Afghanistan, Australia, Brazil, China, France, Germany, India, Ireland, Italy, Japan, Mexico, Russia, Singapore, South Africa, Spain, Switzerland, The Netherlands, the UK, and the United States. By representing more companies across the globe, we aim to provide a deeper view of the pivotal and impactful corporate societal engagement work that large companies are doing to benefit the communities in which they operate. Returning readers will note that we’ve doubledthe number of companies from Africa, Asia, Europe, and Latin America from our first edition in 2014 until today. CECP thanks our partners for their hard work, including the Korea Productivity Center in South Korea, Trialogue in South Africa, and Dynamo Academy in Italy.

CECP is also proud to announce the official launch the Global Exchange, a coalition of affiliate organizations in countries throughout the world that advance large companies’ CSR, community engagement, societal investment, and/or philanthropy strategies. Not only will the Global Exchange create a space to exchange insights, trends, research, and event information, but it will also leverage a shared voice on how CEOs and companies alike can be a force for good in society. The roots of the Exchange date back a few years with organizations from 10 countries involved in pilot activities in 2015. While 2016-2017 will be years of growth, there is already a strong cadre of early Global Exchange Local Authorities that are part of the Global Exchange network, including Comunitas in Brazil, Trialogue in South Africa, and Dynamo Academy in Italy, all of which provide services and training in CSR leadership for companies. CECP was thrilled to introduce the Global Exchange in Italy when Dynamo Academy held its first official event on June 21, 2016 called the Business for Common Good conference in Tuscany, Italy, in collaboration with CECP.

Over the coming weeks and months, we will be working hard to develop and grow this network into a thriving ecosystem of knowledge exchange. To learn more, we invite you to visit the Global Exchange page on CECP’s website (updates coming soon) and reach out to the Global Exchange Manager, David Carrey (dcarrey@cecp.co) if you have any questions or are interested in learning more.