Internet.org: A Wolf in Sheep’s Clothing? Not So Fast 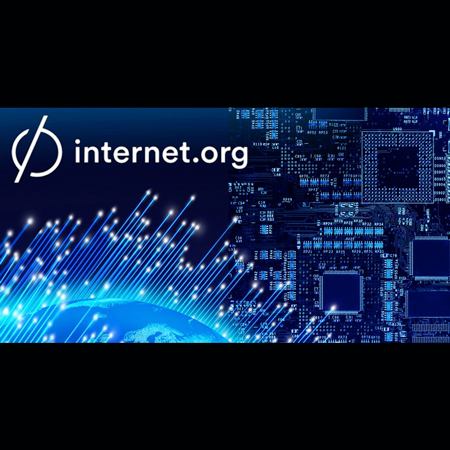 August 30, 2013–If you are one of the 2.7 billion people in the world with internet access, you may have read last week that Facebook’s Mark Zuckerberg brought to life a website called Internet.org to announce the details of a new partnership among seven technology giants with the shared goal to bring internet access to “the next 5 billion people.”

In a parallel universe, this grand announcement might have won awe, praise, and offers of additional support. After all, seven heavyweight firms working together to tackle a discrepancy of this magnitude is a big deal. It could have been a galvanizing moment. Instead Zuckerberg has taken a virtual pounding.

The grenades being lobbed at Internet.org largely share the sentiment that Internet.org is “business dressed up like charity.” So, is this a case of ‘no good deed goes unpunished,’ or do the naysayers have a point?

The critique centers on the question: Is a charitable act still charitable if motivated by self-interest? As we reflect on our own individual acts of philanthropy and service, many of us will see that we, too, are motivated to get involved when we can also satisfy goals such as meeting new people, achieving higher community or professional status, or–in the case of running and cycling fundraising events–to get back in shape. I think we need to acknowledge that acts of charity–whether by individuals, governments, corporations, or others–often blend altruistic and egotistic motivations.

So perhaps the real question is: does the proportion of selflessness to self-interest matter in the end?

Given Internet.org was just announced, we can’t yet know whether there will be a negative effect of the self-interest of its founders on those in the cross-hairs of this vision. Let’s not assume the worst in the interim. Done right, this could be a win-win for these technology companies in search of market penetration and equally for citizens of countries where access to the internet is blocking them from the quality of life advances it has brought to the rest of us. In fact, it is a project that will be all the more sustainable precisely because the founders are self-interested. With a vision that grand, only extremely motivated and well-resourced partners might have the perseverance to stay nimble and creative when the going gets tough.

As it turns out, there is a term for what Internet.org is doing: they’re being pre-competitive. The Wiktionary definition of pre-competitive: “the early stages of the development of a commercial product during which competitors collaborate.” Think of two football teams fundraising together to build a stadium in which they plan to compete fiercely once it has been built. In the business world one familiar example is found in chocolate companies working together to ensure a steady global supply of cocoa (which is currently fragile). Once the supply is more secure–which is good for business and for the cocoa farmers–the companies will resume the competition that is capitalism.

In other words, the strategy is normal. So I advise Facebook and its partners to be transparent about the mix of motivations involved and the business gains they’re hoping to achieve. And the rest of us need to be more accepting of a constellation of motivations driving involvement. Some corporate good deeds will not have a self-interested motivation, but many acts of corporate charity will mix business and societal benefits–companies have a fiduciary responsibility to owners to invest every dollar wisely. Shareholders will accept (and even encourage) a healthy amount of support for good causes, but for projects of this size and scope they will expect a return.

And there is a bright side to self-interest–having the talent and expertise of the employees of the world-class tech companies signed onto Internet.org trying to crack this pre-competitive problem can be assumed to be more efficient and effective than the involvement of other well-intentioned but less experienced actors.

What I ultimately hope for is that Internet.org grows to include experts and on-the-ground partners representing the nonprofit, multilateral, academic, and government communities. These corporations won’t succeed alone, as I expect there will be facets to this effort that fall far outside their collective expertise and comfort zone. But let’s not fault them for presenting ideas, resources, motivation, and a structure to make progress. The public has a right to be vigilant that the interests of the beneficiaries of Internet.org aren’t trampled in the wake of the self-interest of the companies–but let’s do that by providing checks and balances, and support rather than focusing on what ultimately might go down in the history books as a great project that started with a bad press release.