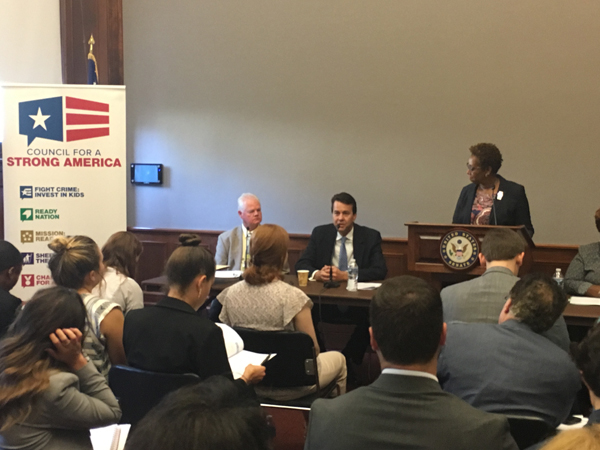 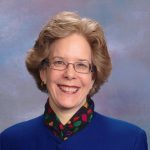 Many corporate citizenship programs involve initiatives that reflect immediate problems (such as apprenticeship programs to fill near-term openings), the nature of their company (such as financial literacy), or local community needs (arts, athletics, etc.). In addition, though, some business leaders and corporations are addressing a social goal that is outside their business expertise and far beyond next year’s workforce projections. They are also taking a set of actions that tap into the whole array of corporate assets to solve a pressing problem.

Business people are using their credibility and reputation to advocate for investments in kids, starting in the youngest ages, that will prepare them to be successful adults. They are choosing this issue because of the rigorous evidence base showing the impact of early childhood experiences on adult success. These executives are effective spokespeople precisely because they are not experts, without a predilection for one program over another. And they are expanding good corporate citizen to use a wide variety of resources at their disposal to provide children with a good foundation in the first five years of life, when it matters most.

Companies such as PNC Financial Services Group and investment firm Vanguard have launched corporate-wide initiatives to support early childhood. KPMG’s Family for Literacy program supports literacy at all ages, but with a special emphasis on the early years. These programs are not related to their core business, but rather to their core as business people who need a healthy community, nation and world in order to thrive. While KPMG hires a lot of accountants, there’s no guarantee that the child they reach with free books will become their next CPA. They are also willing to wade into policy waters, with their COO signing a ReadyNation blog published by the World Bank that says “the private and public sectors must be willing to make long-term investments in early childhood development.”

Worldwide, we can group these actions into six categories, from the most local to the most global. First is providing cash, expertise and other resources in the community. Barry Downing, CEO of Northrock, Inc., in Kansas, created an entire preschool center, including funding longitudinal research to show impact.

Second is using their employee network to spread the message and affect their own children. Providing not just high-level executives but also hourly employees with more generous parental leave, as Hilton Hotels has done, is just one example. Home Depot works with Read Aloud 15 MINUTES to use its intra-company communications channels to broadcast messages about the importance of reading to children every day.

Third, companies have a vast network of customers, suppliers, etc., that they can tap into. Food products company Goya puts messages about the importance of early learning right on its pasta products, in a partnership with the Bezos Family Foundation. The Coin Laundry Association is working with its members, in collaboration with Too Small to Fail, to set up reading corners in laundromats where parents inevitably spend time with their children.

Fourth is the burgeoning area of social innovation/investing/entrepreneurship – early childhood is a new entry into this established field, but intriguing ideas are popping up. Goodstart Early Learning in Australia is a social enterprise for child care; its financially secure business model enables it to reinvest into quality, inclusion, advocacy and research initiatives. Nursing homes are co-locating with child care centers to the financial and social benefit of both.

Fifth is companies that use their public platforms and vast media reach to convince the public that early childhood is a critical issue for the nation. The CEO of Eli Lilly and Company used a rare op-ed opportunity in Forbes to discuss not drug prices but early education as a bipartisan issue.

Sixth, and where companies can arguably have the greatest impact, is talking directly to state and federal policymakers about why we need public investments that give children a good foundation. Over the last three years, members of business group ReadyNation have generated more than 600 media pieces and 500 direct policymaker communications that have helped win more than $3 billion in new state and federal funds. This spring, more than 50 high level executives from companies such as Vanguard, Toyota and PNC Financial Services Group signed a letter to Congress – not about financial policy or manufacturing but about supporting a program that provides trained mentors to the most at-risk new parents, starting during pregnancy.

These actions expand the time horizon of corporate leaders from the quarterly shareholder report to the next generation. They expand the concept of assets to be leveraged far beyond foundation dollars to include important relationships, core business practices and precious political capital. And they take on the issue that has the power to affect everything else, since no progress is possible without an educated workforce and citizenry. Those sound like the right goals for any corporate citizenship program.