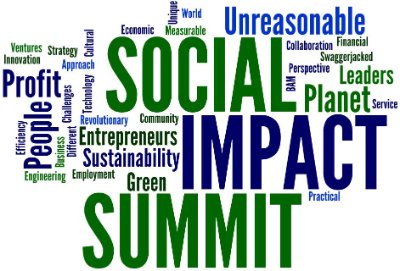 The Utilities Industry not only seeks innovation in terms of finding more renewable sources of energy and revenue, but also in terms of giving back to society and engaging its employees in societal causes.

Utilities stand out with:

Cash giving benchmarks high for utilities
In 2014, the Utilities Industry had higher median ratios of cash giving to revenue (0.13%) than all companies (0.09%) and higher cash giving ratios to pre-tax profit (1.06%) than all companies (0.65%). To put that revenue benchmark in context, a utilities company that had $20 billion in revenue would have a cash giving budget of $26 million. This higher ratio of cash giving to revenue and pre-tax profits than broader company trends can be explained by utilities’ lower-than-average share of non-cash giving, which in 2014 only represented 2% of total giving (17% for all companies). It is intuitive for a service-oriented industry like utilities to have a smaller share of non-cash giving, which typically comes in the form of product donations.

2014 was a strong year for Utilities. According to The Wall Street Journal, Department of Energy data show that in 2014 there was a nationwide increase of 3.1% in the average price of a kilowatt-hour of electricity, mainly caused by increased capital spending (e.g., more plants that follow environmental rules, building new power lines), despite reduced costs in fuel. A significant proportion of that revenue was allocated to giving. When analyzing the ratio of giving to revenue in a matched-set of companies from 2012 to 2014, we found that utilities companies surpassed all companies, and even the top 100 companies in the Fortune 500.

Education and Environment: Cornerstones of societal investment for utilities
In 2014, Education (K-12 and Higher Education) was the program that was allocated the most total giving (30%), followed by Health and Social Services (26%), across all Giving in Numbers respondents. When analyzing the Utilities Industry, Education was also the top focus area (26%), followed by Health & Social Services (22%). There is one cause where utilities are quite different from companies as a whole; utilities gave 10% to the Environment compared to an overall company average of 4%. This is tied to the intrinsic linkage between utilities’ effort to develop innovative and eco-friendly renewable sources of energy. Disaster Relief was the program area that received the lowest giving allocation in 2014 across all companies (2%) and in the Utilities Industry (1%). However, we know that Disaster Relief and preparedness are inherent investments of utilities’ line of business, so it may not be fully reflected in their allocation to Disaster Relief because of what is measured in “giving.”

Utility companies are known for making strong local connections. Examples of societal investments and impacts from the Utilities Industry are represented in the following case studies:

In 2014, the median Full-Time Equivalent (FTE) contributions team size in the Utilities Industry was the second largest (14), only surpassed by the Communications Industry (22). However, even if the median FTE contributions team size is large for utilities companies, internally for them, teams can feel smaller because there might only be a few team members at their headquarters, with the rest spread across local offices. Each FTE staff in the Utilities Industry manages more grants (87) than across all companies (65); but the median grant is smaller for utilities ($12K) than for the rest of industries ($34K for all companies together). This can be explained as a desire to have more local impact in more places.

Paid-Release Time (60%) and Employee-Volunteer Awards (59%) are the two most commonly-offered domestic volunteer programs across all 2014 Giving in Numbersrespondents. When doing a deep-dive into the Utilities Industry we found that more traditional programs such as Dollars-for-Doers and Company-Wide Day of Service were the most commonly offered domestic volunteer programs (63% each), followed by Employee-Volunteer Awards and Board Leadership (58% each). Utilities employees have more opportunities to implement their skills as board leaders when compared to broader company trends.

What societal engagement activities are your Utilities companies doing in your region? Let CECP know at info@cecp.co! Or tweet about your programs to celebrate and share your work: @CECPTweets

CECP is a coalition of CEOs united in the belief that societal improvement is an essential measure of business performance. Founded in 1999, CECP has grown to a movement of more than 150 CEOs of the world’s largest companies across all industries. Revenues of engaged companies sum to $7 trillion annually. A nonprofit organization, CECP offers participating companies one-on-one consultation, networking events, exclusive data,media support, and case studies on corporate engagement.