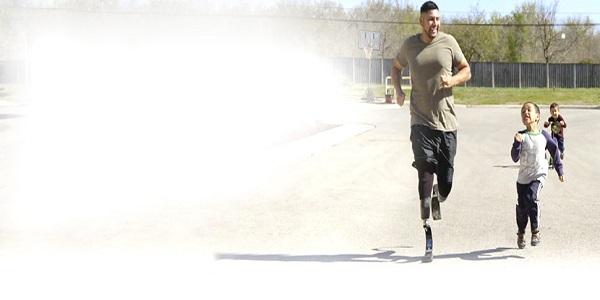 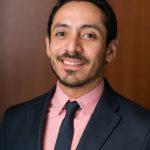 November 11th marks the day when not only the U.S. –through Veterans Day–but also many parts of the world–through Armistice Day or Remembrance Day–commemorate the efforts and sacrifices of military veterans who have served and those who have fallen for their countries.

Join us to take a closer look on how large companies support government and nonprofit efforts to enhance the lives of many veterans and their families.

Current Situation in the U.S.

Veterans may face challenges after exiting the military, such as homelessness, unemployment, physical disabilities, and posttraumatic stress disorder. Particularly, the U.S. has implemented an aggressive initiative to help improve the lives of many military veterans. In 2009 the White House and the U.S. Department of Veterans Affairs (VA) outlined a federal goal of ending veteran homelessness by 2015. Many improvements have been achieved according to the United States Interagency Council on Homelessness: since 2010, homelessness among veterans has been reduced by an estimated 47%. Yet, there are many more areas of opportunity, in terms of improving veterans’ quality of life, for companies and the society as a whole.

Large corporations recognize the challenges that veterans encounter once they leave service and transition to the civilian workforce, and that they can play a vital role in addressing those challenges. They also see the opportunity in hiring veterans, who possess valuable skills. The Giving in Numbers Survey assesses giving priorities that are most important to companies (See page 13 of Giving in Numbers: 2016 Edition). In 2015, 5.9% of surveyed companies listed “veterans” as one of their priority focus areas. When looking deeper at a matched set of companies that provided data on priority focus areas for the last three years, veterans-related causes have received more attention: 4.1% of companies mentioned “veterans” as one of their priority focus areas in 2013, compared to 5.2% in 2015. The figure below visualizes some of the most commonly mentioned focus areas:

Trends in Action in the Support of Veterans

Individual Companies
The commitment from companies to support veterans’ causes comes not only as a societal necessity but also as a personal motivation of their CEOs and employees. Employees may engage at higher rates as more relatable causes are presented to them and they are able to volunteer by applying their own personal skills and interests (See pages 17 and 18 of Giving in Numbers: 2016 Edition). According to Forbes, Boomers (aged 49 to 67) are the leading demographic supporting veterans’ causes. Giving in Numbers data show employees provide support to veterans through legal Pro Bono Services, Dollars for Doers programs, or Company-Wide Days of Service.

A sampling of companies committed to veterans includes:

USAA: USAA’s Employer Road Map provides organizations with tools to hire veterans and military spouses. According to the Diversity Journal, USAA has hired more than 8,700 veterans and military spouses since 2006 which follows an organizational goal of 30% of new hires. USAA also provides financial solutions to veterans and benefits such as lower interest rates, insurance, and investing services. Equally important, in addition to corporate contributions, USAA invests time by providing its employees with two days of paid time each year to volunteer in communities.

Booz Allen Hamilton: The company is committed to being a recognized employer of veterans, reservists, and military spouses. One third of its employee base is self-identified as having a military background. An example of this is its Vice President, Catherine Breeze, who is a former navy reservist. Booz Allen’s employees support military personnel and wounded warriors’ transition to a civilian career and life through a variety of forums and programs, including mentoring by hundreds of Booz Allen volunteers.

Moody’s: Moody’s employees and The Moody’s Foundation provide support to veterans by engaging in volunteer opportunities, strategic partnerships, resource investments, and employment coaching. Released in advance of Veteran’s Day last year, Moody’s sponsored a study, Mission Critical: Unlocking the Value of Veterans in the Workforce, which found that 64% of veterans say they are not using three or more of their skills that could be relevant in corporate jobs. Moody’s own EVP and CFO, Linda Huber, is a former U.S. Army Captain and contributes to the company’s understanding of the special skills veterans bring to the workplace, helping managers learn to be better coaches and mentors to the veterans in the company.

Lockheed Martin: Through partnering with nonprofits, corporate contributions, employee volunteering, and fundraising, Lockheed Martin supports veterans and their families. They empower veterans and families in transition through facilitating job searches, hiring workshops, and curriculum development; and honors the legacy of veterans by educating students about military service and encouraging them to adopt universal values such as courage, sacrifice, selfless services, and patriotism.

Associations and Nonprofits Supported by the Corporate Sector

Veterans on Wall Street (VOWS): This initiative started as a collective effort from financial companies such as Citi, Deutsche Bank, Goldman Sachs, and HSBC to facilitate professional opportunities for former and current military personnel in the financial industry.

Give an Hour: This nonprofit provides free mental health supports to service members, veterans, and their families. It is supported by corporations such as Aetna, Booz Allen Hamilton, Lockheed Martin, and UnitedHealthCare, among others.

How is your company contributing towards these collective efforts to improve the lives of our veterans and their families? What creative volunteer options do employees at your company have to honor and support the legacy of our veterans? Let CECP know at info@cecp.co! Or Tweet about your programs to celebrate and share your work: @CECPTweets