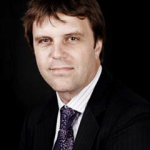 September 13, 2016– Companies are leveraging action on climate to drive growth and innovation whilst managing risk and reducing costs. The Paris Agreement is catalytic. Action on climate is accelerating as businesses set the bold targets that drive innovation, jobs and growth. The race to the top has started—it’s time for companies to decide if they want to be part of the zero carbon future or fade away.

Progressive CEOs recognize that a global economy disrupted by unchecked climate change is not a stable place to do business. They also see that addressing climate change could be the greatest catalyst for growth that this generation of business leaders will see.

Through We Mean Business commitments, companies can understand how to address the climate risks they face whilst seizing the opportunities action presents; turning uncertainty into a transformative space for innovation and growth. Committing to climate action through We Mean Business, is an unprecedented opportunity to come together alongside other CEOs being recognized for bold climate leadership.

Companies from every economic sector and more than 40 countries have made commitments.

The impact, for example of technology giant HP Inc. committing to procure all of their electricity from renewable sources, cannot be underestimated. In recognizing that a lower carbon footprint is critical to long-term business sustainability, they are securing their energy future and offering value to maintain customer loyalty.

European train operator Thalys has set aggressive science-based emissions reduction targets. Dorothée Bernier, Thalys CSR manager said “Nine out of ten of our customers say that sustainability matters to them, and they want Thalys to have a robust sustainability strategy. We know, having set a science-based target, that we are giving people what they want. We are part of the solution – but we need to keep innovating to stay a leader.”

The strong policy signal sent by the Paris Agreement demonstrates to companies that the transition to a low-carbon economy had started, and businesses who want to stay ahead of their peers need to act now, and quickly.

This is the moment for businesses to sign up to a sustainable future. China and the US ratified the Paris Agreement ahead of the G20, meaning its commitments will start to become real laws in the world’s major economies. This will redefine the global economy for decades to come and demonstrates that the transition to a low-carbon economy is irreversible, irresistible and inevitable.

We Mean Business, a coalition of organisations working with the world’s most influential businesses and investors, has just welcomed its 1000th commitment to climate action. Commitments to take action on climate change, which range from adopting a science based emissions reduction target, to procuring 100% of electricity from renewable resources, have been made by more than 430 companies and 180 investors.

The milestone represents tremendous progress. It demonstrates the degree to which the business community is prioritizing action on key climate issues. The companies we work with, from Walmart to Mahindra, Toyota to Google, are acting because they see business value in doing so.

How can your business take action today?

To find out how your business can take action, and be part of the opportunities at Climate Week NYC and COP22 this autumn email us.

Nigel Topping is the CEO of We Mean Business – a coalition of organisations working on climate change with thousands of the world’s most influential businesses and investors. Previously, Nigel was Executive Director of CDP (formerly the Carbon Disclosure Project).